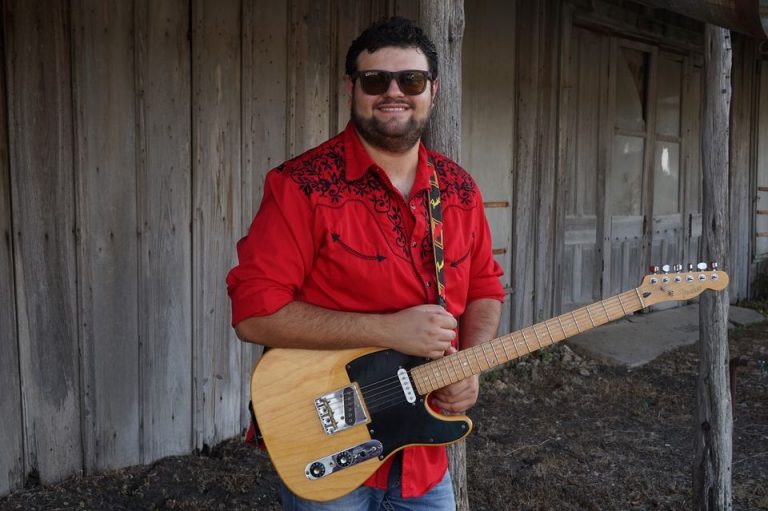 Ever since he was 5 years old, Anthony has had a guitar in his hands. Having “never had control of the radio growing up,” he was listening to everything whether it be Texas legends (Stevie Ray Vaughan, ZZ Top, Steve Earle, etc.) to the British Rock of the 60’s and 70’s (Cream, Eric Clapton, Gary Moore, Deep Purple, etc.), Southern Rock (Allman Bros., Lynyrd Skynyrd, Charlie Daniels, Blackfoot, etc.) and even country/singer songwriter material (Townes Van Zandt, Dwight Yoakam, Willie Nelson, Waylon Jennings, etc.) At age 10, Anthony began to “plug in” and take playing electric guitar more seriously. By age 16, he’d been in and out of 2 bands and decided to start putting together “his own thing.” By June 2013, the Anthony Wright Band had been formed and off to a slow, but steady pace honing in their craft playing for 4 hours at Blue Bonnet Palace every Friday and Saturday night for about a year and a half. Since then, things have moved quickly and Anthony has played in various places around San Antonio, New Braunfels, Austin, San Angelo, San Marcos, Boerne, Sisterdale, and more. In 2018, Anthony’s debut album “The Way That I Am” was released and is available for purchase on iTunes, CDBaby, and physical copies at shows. He’s not quite sure if the next recording will be a full length album or EP, but he is working on tunes to record in the near future. Anthony has recently come back from Memphis, TN competing in the International Blues Challenge representing San Angelo, TX in their Solo/Duo category and made it to the Semi-Finals. Keep an eye out for Anthony, because when he comes to town, he won’t be messin’ around.

Law by the Gun at Savage’s Hill Country Bar