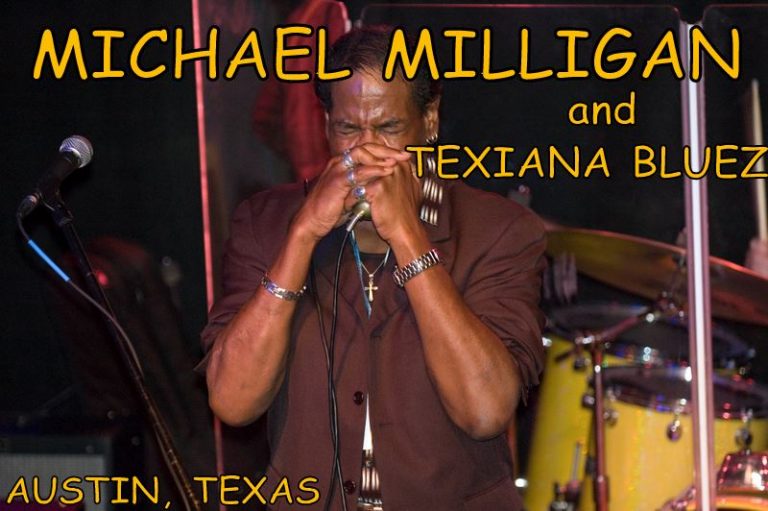 MICHAEL MILLIGAN and TEXIANA BLUEZ is a new variation on a continuing theme. Texas Blues with a Louisiana twist.

MICHAEL MILLIGAN (Lead vocals/Harmonica) is a native Texan with ties to Louisiana and a long established musician whose career started in 1973 in Iowa…moving to Colorado in 1976, Michael played there 10 years touring the Midwest and Northwest…moving to Houston in 1986 playing in Texas/Louisiana and Oklahoma…moving to Austin in 1992 and began playing full time in Austin, around Texas, and in Europe.

Teaming up with Nassi Creeger on guitar, Mike Skiffington on the drums, and Mike Van Summerin on the bass, MICHAEL MILLIGAN and TEXIANA BLUEZ is a must see band.